Good morning. I have been missing in action for a while now on and off but hopefully things will pick up. It seems that every time a get one thing sorted another pops up. I have to say it has been quite a year so far. As some of you know I had a house fire at the start of the year that meant I was out of my home from January to June. Having got that sorted we decided to take a holiday July for a little R&R. We ha a lovely time in Mexico and recharged our batteries. On arriving home on the 4/8/14 I received a letter informing me that my employer will be asking for voluntary redundancies! That was a bit of a shock to the system I can tell you. Then on top of that I ended up in hospital this Sunday 17/8/14 with a mystery allergic reaction that made my head neck and arms swell up! I was prescribed Steroids and Antihistamines to take the swelling down. Fingers crossed it seems to be working but I don't look very attractive at the Mo! I definitely think I have had my run of bad luck for this year, hopefully things can only get better. 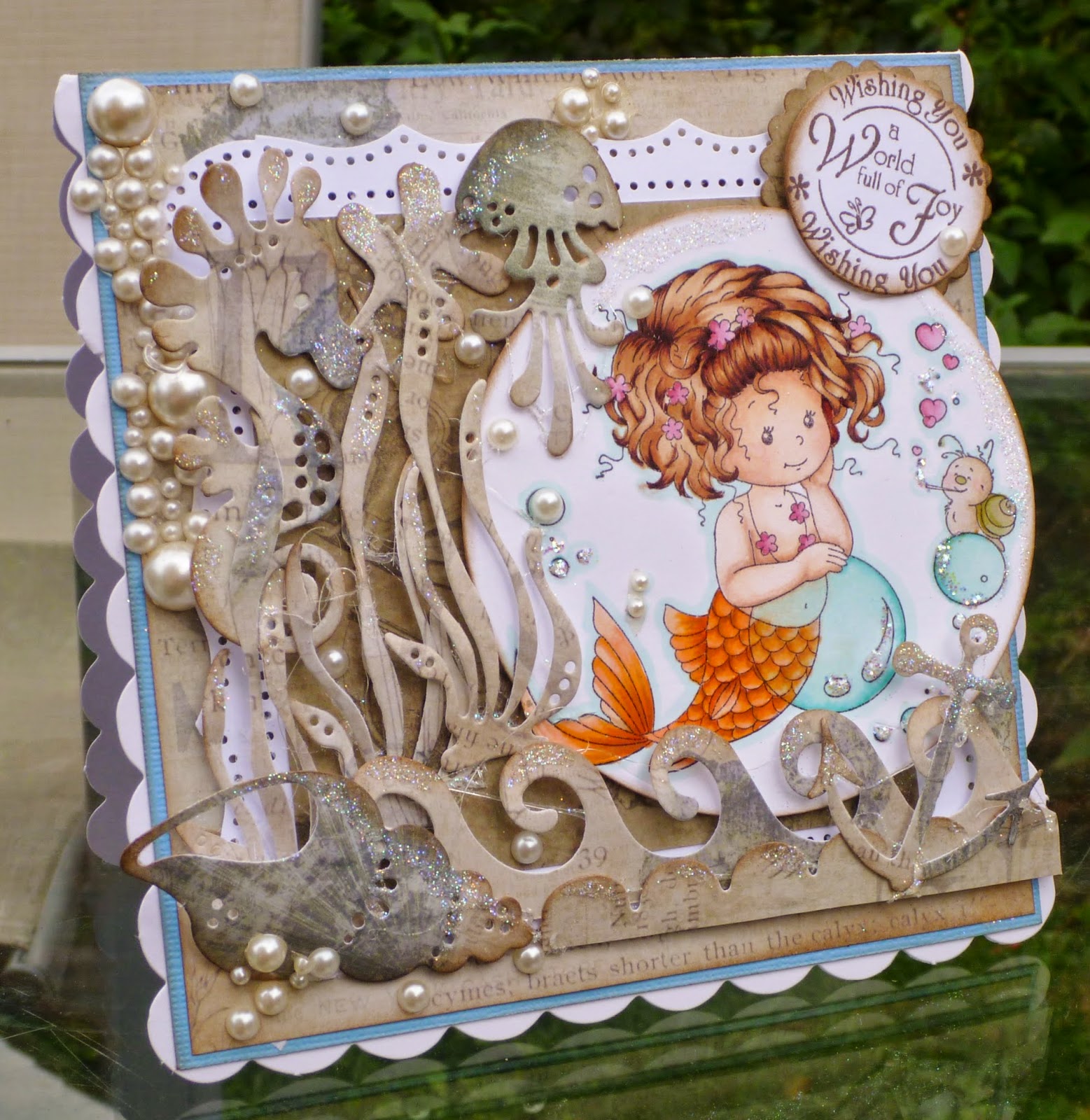 For my card I have used the new Prima papers Seashore. The Image is by Wee Stamps called Goldie. All of the die cuts have been cut with the Doohickey kit club No1 and the image has been coloured with Copic Markers. I think she would have looked better if I had used my Distress marker though? 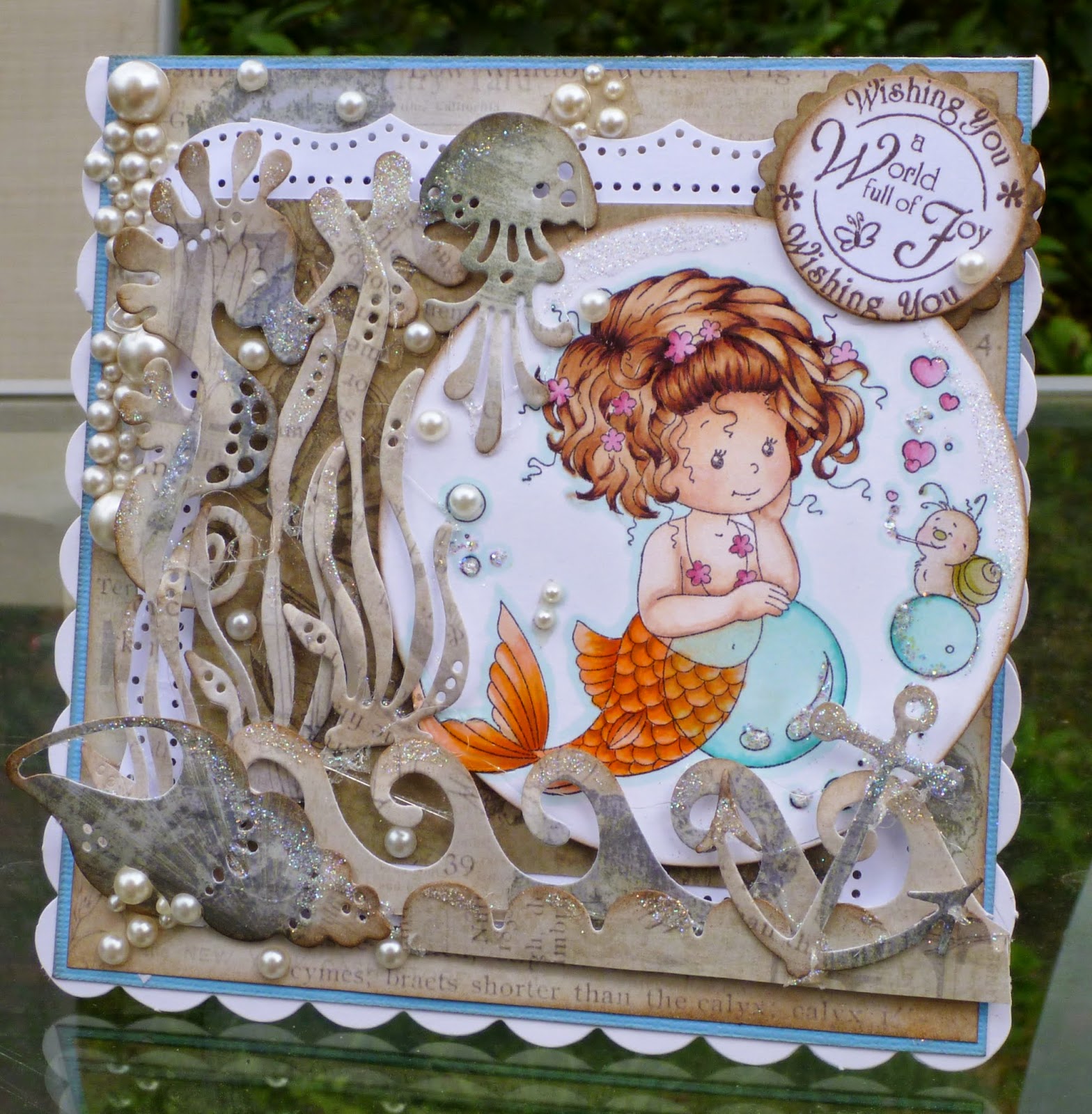 So its been quite some time since I posted anything here and although I still love card making I haven't made anything for about 3 years... 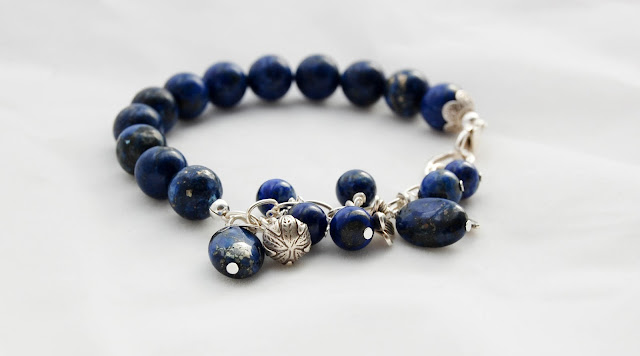 Jayne A
London, United Kingdom
I have been an avid crafter for many years now and started jewellery making 12 years ago and although mainly self taught, I have attended silver jewellery making classes where I learnt how to make bangles and rings from sterling Silver using various techniques and processes. I started out making jewellery as a hobby and to accessorise my own outfits with pieces not available on the high street, then people started to notice and they asked me to make custom pieces for them too. I found myself designing and making items to order, which I loved and was a real moral booster. Then life got in the way a bit and I lost my mojo for a while so jewellery making got put on the back burner along with my other passion hand made greetings cards. I revisited my craft earlier this year and that old passion for the gems and precious metals came back. So much so that I decided to take the leap back into selling and Etsy seemed to be the perfect place as many other like-minded artist sell their items here.

Thank you for following me.

Items for sale in my Etsy Shop

People following me on Bloglovin